Reservation Request
Please note: Camping Reservations for July and August only require a two night minimum stay. We will contact you to secure your reservation deposit upon booking. 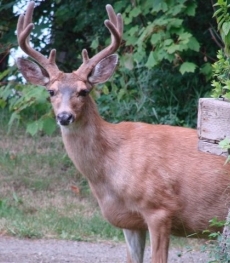 
Seal Bay Nature Park
Seal Bay Nature Park is a beautiful and large natural reserve located a short walking distance from the campsite. It is well known for it's georgous scenery and abundance of wildlife, and is a great place for either a hike, stroll, or bikeride, as it has a wide variety of pathways. For more information and trail maps, visit http://www.rdcs.bc.ca.

Local Wildlife
Wondering what kind of wildlife you can expect to see at Bates Beach? You'll be amazed! Our private beachfront location, so near to a nature park and wilderness area, means we are constantly privileged to have many different visitors to the resort. Here is some information on some of the wildlife you will most likely see during your visit, courtesy of Wikipedia. 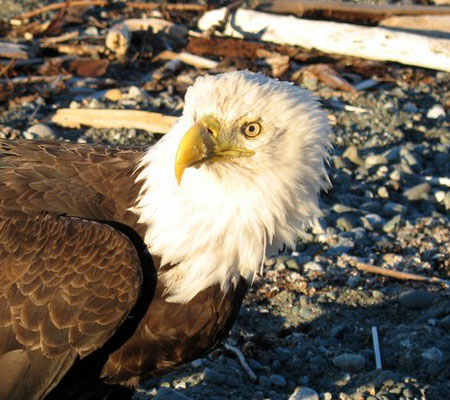 Bald Eagles- http://en.wikipedia.org/wiki/Bald_eagle
The Bald Eagle is a large bird, with a body length of 28–40 in, and a wingspan of up to 96 in. The  It reaches speeds of 56–70 kilometers per hour when gliding and flapping, and its dive speed is between 120–160 kilometers per hour. The Bald Eagle's diet is opportunistic and varied, but most feed mainly on fish. In the Pacific Northwest, spawning trout and salmon provide most of the Bald Eagles' diet.
The Bald Eagle is a sacred bird in some North American cultures, and its feathers, like those of the Golden Eagle, are central to many religious and spiritual customs among Native Americans. Eagles are considered spiritual messengers between gods and humans by some cultures. Many pow wow dancers use the eagle claw as part of their regalia as well. 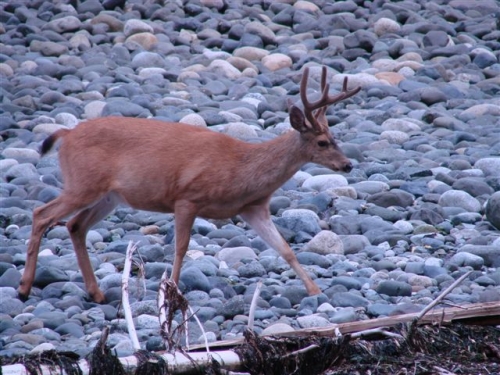 Mule Deer (Black Tailed Deer) - http://en.wikipedia.org/wiki/Mule_Deer
The mule deer(Odocoileus hemionus) is a deer whose habitat is in the western half of North America. It gets its name from its large mule-like ears. Adult male mule deer are called bucks, adult females are called does, and young of both sexes are called fawns. The black-tailed deer is considered by some a distinct species though it is classified as a subspecies of the Mule Deer. The mule deer's tail is black tipped. Mule deer antlers are bifurcated, or "fork" as they grow rather than branching from a single main beam (as with white-tails). Each year a buck's antlers start to grow in spring and are shed after mating season from mid-January to mid-April. This species thrives on the edge of the forest, as the dark forest lacks the underbrush and grasslands that the deer prefers as food, and completely open areas lack the hiding spots and the cover it prefers for harsh weather. 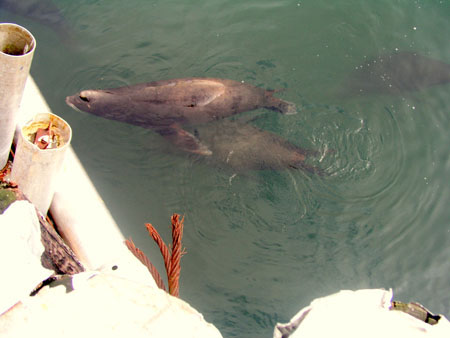 Harbour (Common) Seal- http://en.wikipedia.org/wiki/Harbour_seal
Common seals are brown, tan, or gray, with distinctive V-shaped nostrils. An adult can attain a length of 6.1 ft and a mass of 290 lb. Females outlive males 30–35 years versus 20–25 years. Common seals stick to familiar resting spots, generally rocky areas where land predators can't reach them, near a steady supply of fish to eat. Males fight over mates underwater. Females mate with the strongest males, then bear single pups, which they care for alone. Pups are able to swim and dive within hours of birth, and they grow quickly on their mothers' milk. A fatty tissue called blubber keeps them warm. They may spend several days at sea and travel up to 50 kilometers in search of feeding grounds. 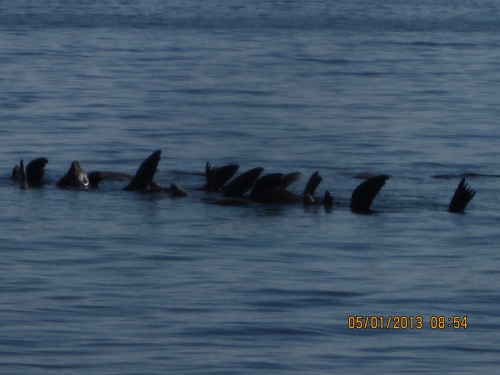